We headed over to Featherston today despite the 100k odd gale warnings and it was quite an interesting trip! Martinborough is down in a basin lower that Featherston so I suspect that protects it against the big blows but once up on the Featherston plain despite heading strait into the wind, it was evil. The Van was all over the place. Slowing down to 65k odd helped but that was all we could do when were exposed in the sides.
We looked for a park so the van wasn’t side on and found the Fell Locomotive Museum right over the road. You could barely stand up in the wind so we thought we’d run for cover into the Museum.

What an interesting place. The steep grades over the Rimutakas ranges were such that they had specially designed Shunters that used a third rail to climb and brake.

Apparently, they used to get through a set of 8 brake shoes per loco for each descent and 4 for each brake van each descent! They had a cog driven wheel in each side of the loco of the centre rail that was wound in by the engineer and driven by the steam engine. It was held in by gigantic springs for the extra traction uphill. Apparently it worked really well. Each loco could deal with 3 passenger wagons or 4 freight vans depending on the weight and it was quite common to see 4-5 Shunters per train with passenger carriages and freight in between.

We were warmly welcomed by some nice chaps who showed us and explained us how it all worked and then shown to a theatre where we saw an early 1900’s film of the whole system working. Great film. Funny to see all the old clobber that people wore back then and really interesting.
If you’re in Featherston, check it out. At $5 a head it’s well worth the visit.

We visited an unnamed disappointing coffee shop after that, that interestly had its front door facing out of the wind ! Awful coffee and very average cakes.. That’s the first we’ve struck that bad on the whole trip so can’t really complain.

Given the wind was so bad, we headed back to Martinborough for our last night. Rugby tomorrow morning. All Blacks v France. Just as well I brought the sky card with us. We’ll head to Napier after that.

2 thoughts on “History in the Rimutakas” 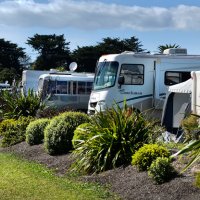 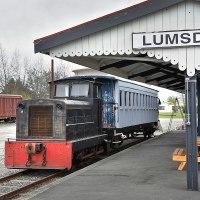