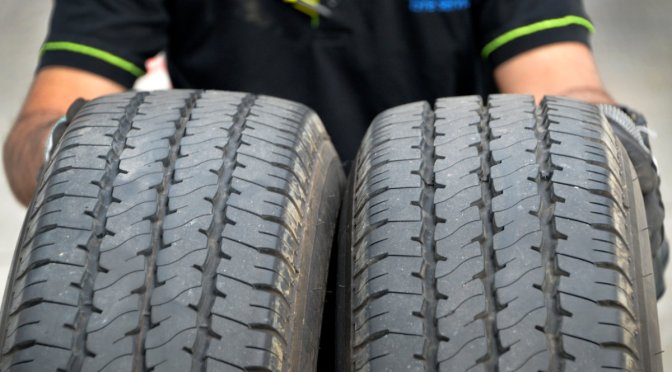 During my travels through the last NZMCA Motorhome show in Auckland, I bumped into Phil Jackson at Carters. He made a point of reminding me to make sure I rotated my tyres to get the best out of them but at that stage they had only done 5000k’s odd, but now that they’ve done 10000 k’s, I thought I’d better get on with it 🙂

So I duly made an appointment with Carters Tyres in Highbrook, where I had my tyres fitted and they were happy to rotate them for me. Carters are a big supporter of the NZMCA and if you’re looking for tyres, they give NZMCA members a pretty good discount. They saved me a fortune.

The Tyre Technician for the day was Mohit who was ready to get stuck in as I rolled in.

One of the traps with the Dethleffs wheel covers is they have some Alun nuts as a decoration and a couple that are actually functional. Sometimes its a bit of a mission to pick the real ones. The plastic ones have to glued back on if you get them by accident !

Mohit successfully navigated his way around that and whipped all the wheels off one at a time and rebalanced the wheels for the front as he refitted them.

While they were off, its amazing seeing them side by side to see the wear. On their own it was hard to see but definitely the wear can be seen next to each other. In the pictures, the front tyre is on the left.

As Rafe is a front wheel drive vehicle, the back wheels are just being dragged along behind for the ride so there is minimal wear until they’re on the front so tyre rotation is really important if you want to get even wear from your tyres.

An hour later, we all ready to go again. .. for another 10 k’s until the next rotation 🙂 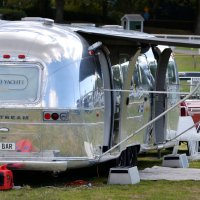 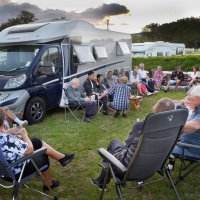 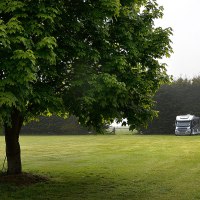