We were all quite looking forward to checking these out as apparently, they’ve been used in one of Peter Jacksons movies. I’m not sure which one.

We left Martinborough early and set off south towards the Pinnacles. They’re about 30 odd K’s from Martinborough so they’re a good hour south.
The South West was blowing at around 30-40 knots and we were getting some good puffs on the road. The road is pretty good being sealed all the way but as you get closer, it is quite exposed and at one point, there is a causeway where the waves were virtually crashing on the edge of the road with plenty of debris lying around.
We were pleased to get there. Rob, Helen and Chloe had beaten us there as we had stopped for Groceries and had a look around Martinborough before leaving.

Rob had a spectacular spot at the Doc camp there, tucked into a corner, protected by trees and bush with plenty of room for Rafe.
After settling down with a cuppa and getting organised. We set off up the valley towards the Pinnacles. 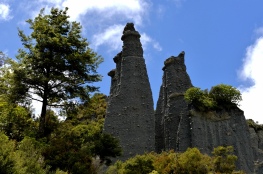 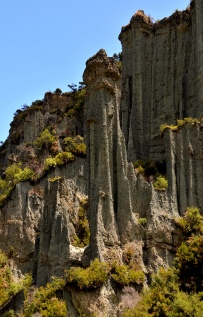 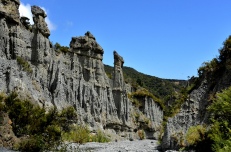 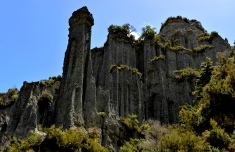 Doc suggests a 1.5hrs easy walk round trip. I would say this is understated and would be a 2 hr trip with the last K being a good uphill slog in gravel. Those who know me will tell you that I’m not the fittest trooper on the planet but if I can do it, anyone can but it is a wee bit more that what Doc say it is.

It is spectacular and is well worth the slog mostly up the side of a stream. I commented to Rob on the way back that I felt a bit like Daniel Boon given the slightly eery almost desert like landscape similarities.

We set the chairs up behind Rafe and the Tracker out of the wind, wheeled out some portable music and started on a wet debrief of the day’s activities as you do :-). A nice day in the sun checking out some neat stuff we’d never seen before.

Rafe’s track to the Pinnacles 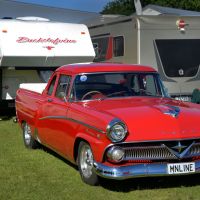