With the run of good weather seemingly endless, we headed on to Waimate to the NZMCA park for the night.

This like most of the other NZMCA parks is just fantastic with plenty of room and all the features you would expect with a dump station just around the corner.

We cruised in, got settled by some trees on the grass and checked the place out.

The park is only about 1k from the centre of town so is easily within walking distance. In the morning, it got a wee bit overcast and grey. Fiona rode into town for a look around and I followed her later once I’d finished a chore or two.

The following day after some late drizzly rain, it was brilliantly fine again so we parked by the Waimate reserve where they had Market Day. It was nice wandering around and just seeing the locals sitting in the sun, chatting away.

I was impressed with the NZMCA park as was everyone else who parked there.

Well done to those who put it together and look after it. 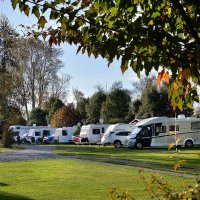 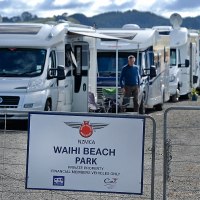