As we drove Rafe down from Awakino, I was quietly hoping that we would be able to squeeze in to the new NZMCA park in Bell Block, just outside New Plymouth.

I needn’t have worried as when we arrived there were only about 4 vehicles there and as the day went on, more popped in.

One of the best Dump stations I’ve seen

Its a HUGE park and really nicely set out with the 3 metre spacers in the ground so no room for arguments. There is one of the best Double sided Dump Stations there with Fresh water dotted all around the outside perimeter of the park. With nicely smoothed out Gravel all over the park, there is no worries if the heavens open up. It just couldn’t get any better.

We rode into the City via the Coastal Walkway and it is a 20k round trip and was easy on our Huff’n’Puff bikes!! 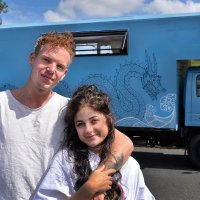 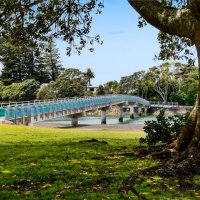