Fiona was keen for another bike ride so after 2 great nights at Clifton Reserve, we headed into Clive. After the bridge, the bike lane started so we pulled into a driveway and got Fiona’s bike, helmet and basket off the rack and she was off… To Napier.

I got back in the truck and parked about 3 k’s out from Napier hill at a waterfront park. The bike lane went right last the park so there was a good chance I’d spot Fiona.

After about 15 minutes! I caught up with her on my bike and we both headed into town for a cuppa at the Masonic Hotel where we had stayed when we came to Napier two years earlier to buy wee Rafe, the caravan. See Wee Rafe.

After a quick look around the Masonic and the waterfront, we headed back to Rafe along the waterfront. I’d received word that I might have a job in Whitianga the next day. I would know later that day by text. We thought we’d better make our way to Taupo just in case so after a quick trip to the local dump station, we were off.
A couple of hours later after an easy drive along the Napier Taupo road, we arrived in Taupo. Some very good Motorhome friends of ours that live in Taupo had suggested we should consider parking in Ferry road along the waterfront. The wind was still going gangbusters so I was a little hesitant but so that Fiona could walk up to the shops and have a nosey, we stopped.
It was very busy  with more and with more Motorhomes rocking in by the minute.
I got talking with some lovely people from Palmerston North in their newish FB Tracker AutoTrail. After some discussion of where we’d been and what we’d done, I told them the story about how we’d been through upper Moutere valley by Motueka and completely missed all the cheese factories, all the craft shops and all the art shops and how dark Fiona was afterwards. Of course it was the gps’s fault! Just as I was telling the story, there were two ducks on the Taupo waterfront literally ripping each other apart. A girl duck was ripping into a poor bloke duck. She had her beak around his neck at one stage. We were all stunned by the savagery. I said that I thought it was because he hadn’t stopped at enough craft shops. We all cracked up…

The text arrived. The job was on. We needed to meet at Kopu to be picked up to go to Whitianga at 9 am the next morning so we were off to close the gap. We headed for Matamata and I was allowed to get Kentucky Fried Chicken for dinner as a treat .. Yippee.

We stopped at the Firth Tower. A fantastic spot just out if Matamata. $10 including power.
See our earlier blog on Firth Tower

One thought on “It was the ducks fault really !” 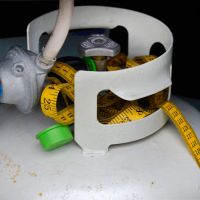 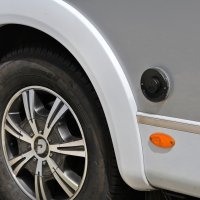 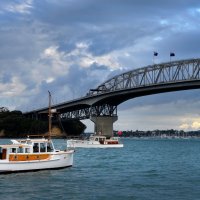