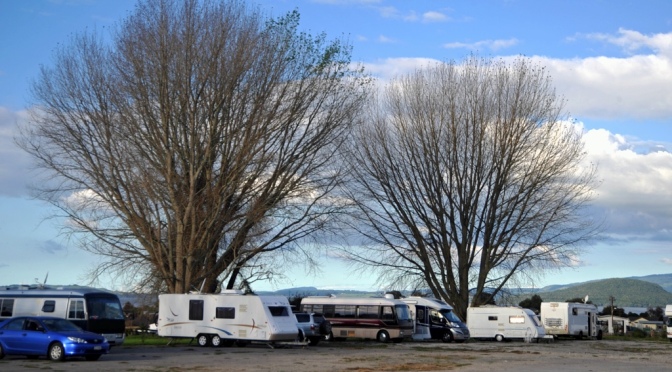 One thing about Rotorua is your nose tells you when you’ve arrived. It’s that unmistakeable smell of the sulphur.  It’s has been a while since we’ve been here so it was nice to hear that our friends, Gary and Dianne from Taupo,  were heading that way too and funnily enough had intended to stay at the same place.

We arrived early in the afternoon on Friday and headed to the Ngongotaha NZMCA park. A fabulous spot with a bit of a view of the lake from an elevated platform which used to be a sale yard.

The local committee have done a great job turning this into one of the NZMCA’s premier spots to stay. It has full recycling of rubbish, a dump station and fresh water and is huge. A nice grassed area at the back for the kids to play in (or grandkids) and lots if trees.

They have even very thoughtfully signposted where not to park if you don’t want to lose your satellite tv signal 🤓 A really nice touch!

After settling down with Rafe, opening some vents and meeting the neighbours, I wandered over to the back of the park where several Traillites were parked up. Some really nice people  who I later had a drink with. They were from Cambridge and were on a group trip to some hot springs over by Whakatane. From what they were saying, it sounds like a great spot. Somewhere we’ll have to check out sometime soon.

Early the next morning, Peter, one of the Cambridge group from “Traillite corner ” as I named it 😊 Popped over to see my temporarily installed Internet and I gave him all the info on how to and where to get it.

Not long after they left with their friends, Dianne arrived in her car and then Gary with Luka their Grandson in the XLI.

After cups of tea and a catch up, we went in Diannes car into Rotovegas for lunch and a look around the shops as you do.

Fiona bought me some new clobber from Katmandu, some nice shirts and a couple of pairs of shorts and Gary was checking out lawn mowers. 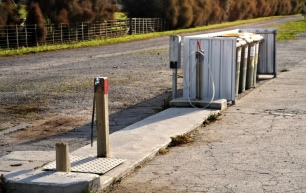 Empty the next morning

The Cambridge crew on their way. At the dump station 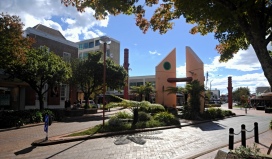 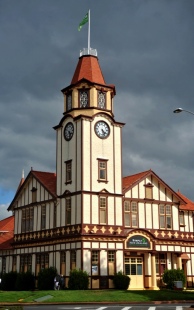 A couple of hours later and we were back at the Ngongotaha park sitting outside have a few cold ones. It’s definitely no longer summer so we ended up with Gary, Dianne and Luka in the XLI having a nice tea.

The  last time we stopped at Ngongotaha park, it had just opened and was pretty barren but the committee here have done a great job of making it one if the better places to stay. 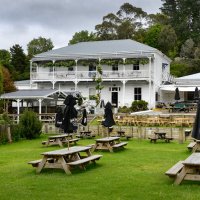 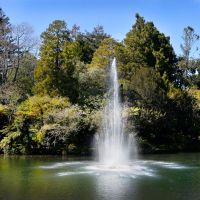 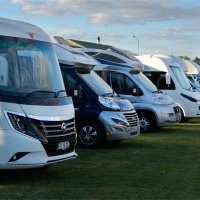 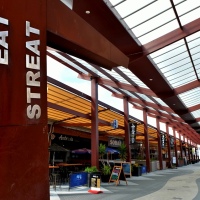 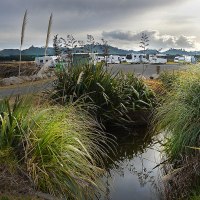 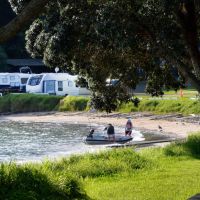 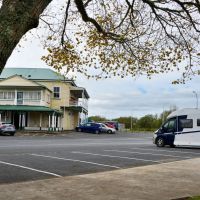 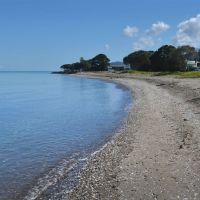 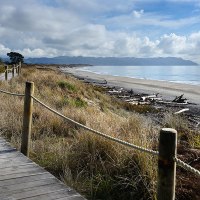 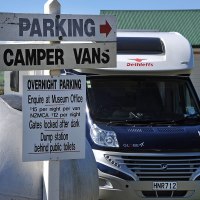